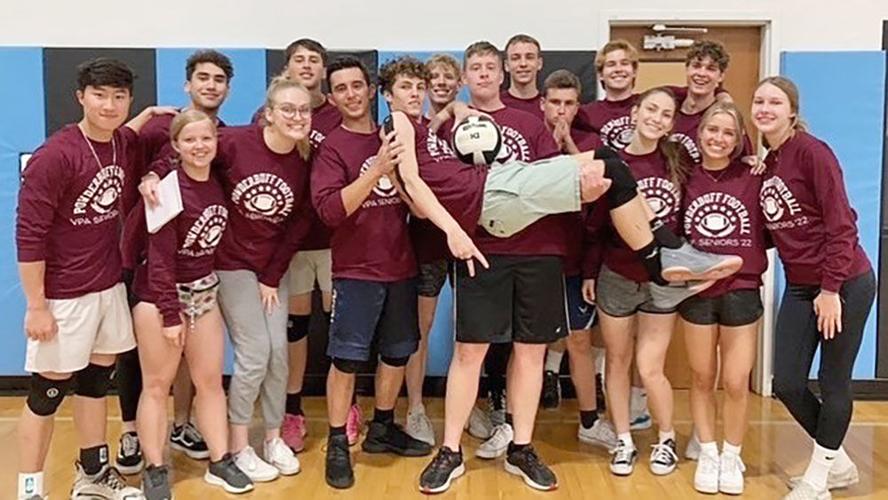 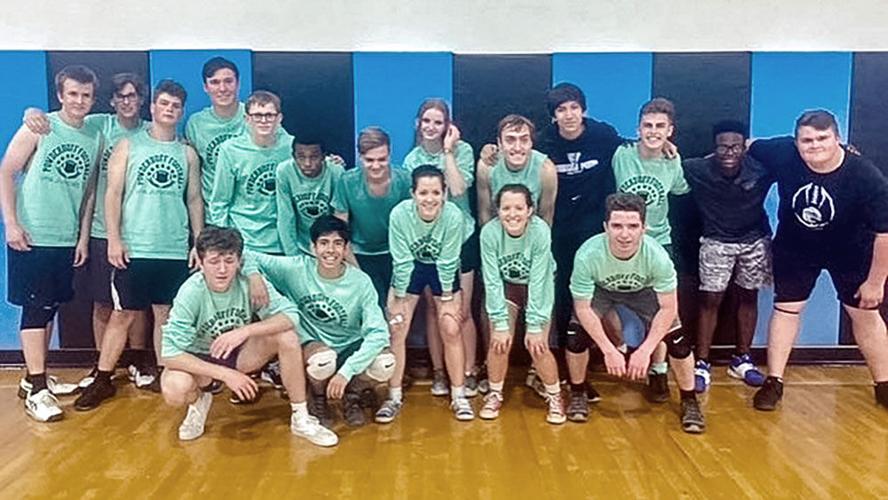 Together with the school community, Veritas Prep created the Powder Buff volleyball tournament as a new way to give back.

The first-ever event raised $500 to benefit Arizona Search Dogs, a nonprofit that focuses on training pups for deployment rescue missions.

“The boys wanted to have a similar match between the two grades, so we came up with the volleyball match and called it the Powder Buff, although I keep telling them it should be called the Power Buff,” physics teacher – and event advisor – James Ward said.

It was a huge success, drawing a big crowd and raising donations for a local nonprofit at the same time.

“The seniors thought they would ‘blow away’ the juniors, but the games were close, and the juniors won the second match. They played best out of five, and the seniors were ultimately victorious. There were several amazing saves, and the boys played very well – they were obviously well-coached,” Ward laughed.

Junior and senior girls from the volleyball team instructed the boys – the opposite of the Powder Puff tradition where the boys coach the girls. The school was happy to have so many students involved in the intramural tournament.

“The seniors certainly gained more respect for the junior boys as they kept the games close and were very competitive,” Ward said. “We had excellent team spirit and outstandingly good sportsmanship. Some parents had students on both teams and probably did not know who to root for, but they still watched some very entertaining games.”

Veritas wanted to support a local charity with the Powder Buff tournament, similar to the Powder Puff game that raises money for the Leukemia & Lymphoma Society. One of the senior girls’ volleyball coaches, Addie Medlin, suggested Arizona Search Dogs.

“Her dad is involved with the charity, and who doesn’t love dogs? We had Mr. Medlin bring one of them to the match, and say a few words about the charity – it was great to learn more about their work,” Ward said.

Medlin was pleased to highlight the work of Arizona Search Dogs, which has a facility in Phoenix that’s dedicated to training disaster search dogs for deployment.

“The nonprofit trains, certifies and develops Canine Search Specialist teams to be mobilized with Urban Search and Rescue Task Forces. They also assist state and local jurisdictions in urban and wilderness search and rescue activities,” Medlin said. “The money raised will help acquire new search and rescue dogs and care for our current canines, including vet care, training, food and toys.”

“The teams had a lot of fun practicing and playing in the match, and I had many parents and spectators tell me how much they enjoyed the evening,” Ward said. “I am confident that this event will grow every year and become a much loved and honored tradition at Veritas.”